Marlin Relay is a blockchain-agnostic permissionless relay network with built-in incentivization. Thus, unlike several other relay networks which are geared towards a specific blockchain, Marlin Relay is generic and can be integrated with multiple blockchains simultaneously. Furthermore, an incentive structure ensures that trustless nodes can contribute resources to the network without adversely affecting its security guarantees. 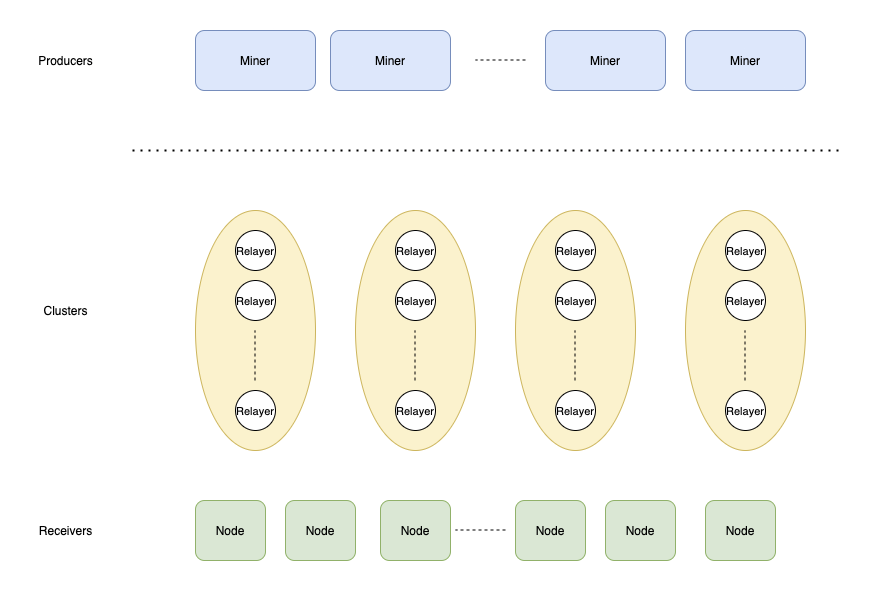 Every time a relayer that belongs to a cluster propagates a chunk to the receiver, the relayer receives a receipt. In every epoch(a fixed number of blocks), the subscription fees paid by the receivers is distributed among the clusters by probabilistically selecting a subset of receipts. The mechanism allows flexibility to clusters in deciding how the cluster divides the fee among the member relayers. The cluster which propagates the chunks to a large number of receivers is rewarded higher as the cluster receives a higher number of tickets and thus has higher probability of receiving rewards.

Refer to the below links to operate a cluster in the Marlin Relay or use it using gateways. Else, jump to the next section to learn more.